3. Artist Brent Everett Dickinson has been made ARTist in Residence of MMHTT.  This is an entirely involuntary act on his part. He has been residenced against his will.   3a. Because MMHTT are a quiet bunch (an organization of activated 1s and 0s), MMHTT requires Mr. Dickinson's services to begin and maintain preparations for the coming of ART.   3b. MMHTT is, on principle, a noncoercive ART organ-ization, its means of operations are entirely based on hauntological luring and weak-force hacking.  Mr. Dickinson was our only, but necessary, strong-force hack.  Now that preparations for the coming of ART have begun, its nothing but noncoercive force from here on out.  We promise.   3c. Before the end of the world, everyone everywhere will become ARTists in Residence, but the method for residencing you will be through a free-will answering of the call. 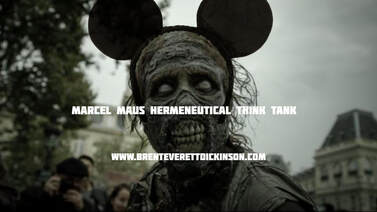